Romagnola cattle will be on display at Beef Australia 2018 at the Rockhampton Showgrounds between 6 – 12 May.
Romagnola Stud Cattle judging is on Tuesday 7 May 2018 in Ring 4 .

Romagnola cattle are also being exhibited in the Commercial Competition at the CQLX Complex at Gracemere with judging being undertaken on Monday 6 May.

Ron & Di Pullen of Wyoming Romagnolas will be taking a team of 4 Romagnola bulls and 8 Brahmagnola bulls (6 polled) to the Richmond Field Days “Bulls of the North” All Breeds Sale which will take place at 1pm on Friday the 9th of June 2017 at the Richmond Showgrounds.  The bulls will sell as Lots 19 to 30 inclusive.

All bulls will be vet checked, weighed, semen tested and have been vaccinated for 5 in 1 and Botulism.

For more information about the bulls or any other bulls that Wyoming Romagnolas may have for sale, please call Ron on 0429 156 178.

A selection of the bulls can be seen below: 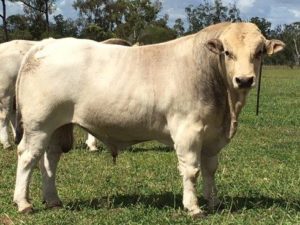 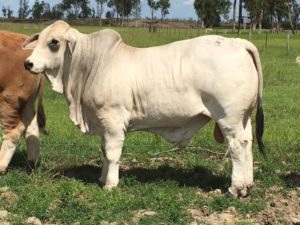 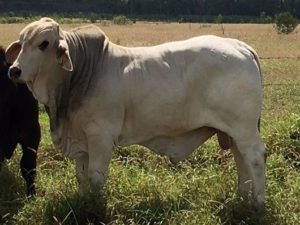 All bulls have been vet check, weighed, scanned and semen tested and vaccinated for 5 in 1 and Botulism.

For more information about these bulls or any other bulls available for sale by Wyoming Romagnolas, please call Ron Pullen on 0429 156 178. 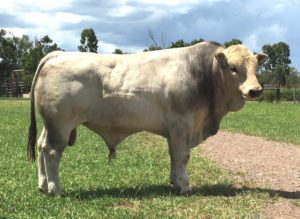 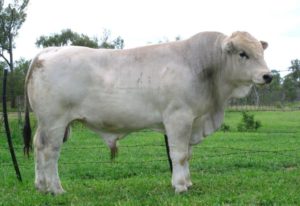 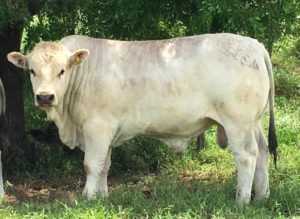 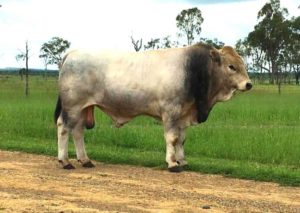 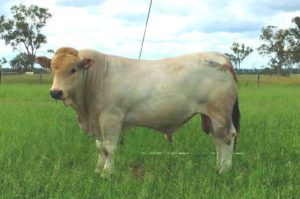 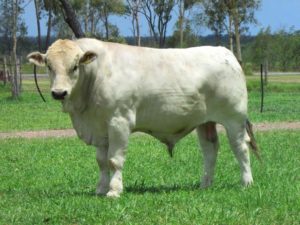 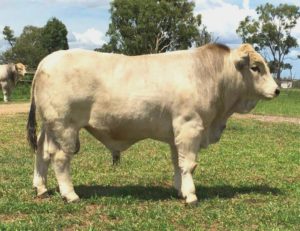 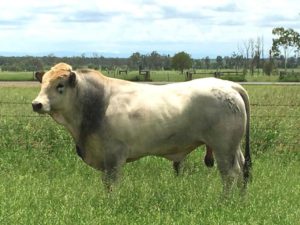 Wyoming Romagnolas will be selling 5 bulls at the Rockhampton February All Breeds Bull & Female Sale held on the 16th-17th of February 2016 at the CQLX, Gracemere. These bulls will be selling as Lots 308 to 312 inclusive.

All bulls have been semen tested, vaccinated with 5 in 1 and Botulism.

For more information about these bulls or any other bulls available for sale by Wyoming Romagnolas, please call Ron Pullen on 0429 156 178. 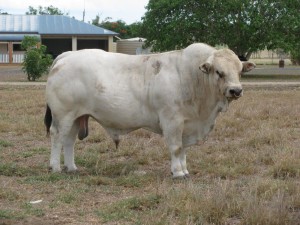 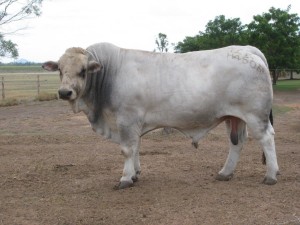 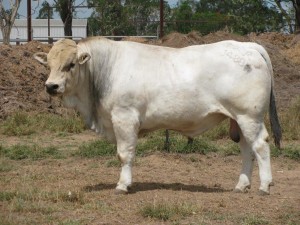 It may have been only a handful of Romagnola cattle on show at the Brisbane EKKA this year, but it was definitely a case of quality over quantity with the cattle that were paraded before Judge Steve Farmer of Comanche Droughtmaster Stud.  First into the ring were the two outstanding senior females with calves at foot from the Pullen family’s Wyoming Romagnola Stud.  The judge had strong praised for both cows commenting on their femininity, frame and mobility, as well as their quality calves.  However it was Wyoming Firefly that claimed the Champion Romagnola Female ribbon with Wyoming Fern taking out the Reserve Champion.  In passing comment on the two females Mr Farmer believed that Wyoming Firefly showed slightly stronger muscle development and beef producing qualities to place her in the top position ahead of her stable mate.

In the bull section it was the sole exhibit from Dick and Rosemary Jeremy’s Arkay Romagnola Stud that claimed the Champion Romagnola Bull prize.  Weighing in at 884kg and boasting an EMA of 130sq cm and a scan of 11/7mm for the P8 and rib fat the 22 month old Arkay Hector was a worthy winner and a credit to his owners who hope to exhibit him at Beef 2015.

In the battle for the Champion Romagnola Exhibit it was the champion cow Wyoming Firefly with her calf Kokoda at foot that took out the top award in the Romagnola judging with the judge commenting that he felt she was the complete package.

These comments were also echoed by young Romagnola breeder Matt Black who at the conclusion of the judging purchased Firefly and her calf Kokoda to be used in his Sunny Dale Romagnola Stud in northern New South Wales.

Although the numbers were down on previous years there was a quality line up of Romagnola cattle paraded before the judge Mr Don McConnel from Mt Brisbane Droughtmaster Stud on Friday 12 August.

The Queensland Country Life and Westpac are supporting the Southern Beef Week during the week long period of 17 – 23 July 2011, Beef Week is open to studs and commercial producers.